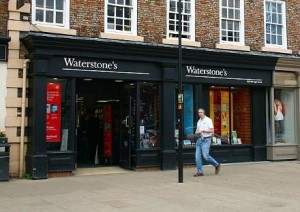 Waterstone is not exactly the biggest name in the sale of books (at least stateside), but he knows that to survive in this market, it will have to get on the train e-book. The Director General of the British company, James Daunt, told Radio 4 that it planned to enter the market with both an electronic book store and a real drive by spring 2012. Mr Daunt said he was inspired by the success of the Nook , and the challenge it poses for Amazon Kindle , only to take a stab at the British chain ushering in the 21st century. Of course, while we hate to sound harsh buzz, Waterstone has been offering e-books and e-readers since 2008 through a partnership with Sony with only minimal market impact. And we have already seen a major book seller (double the size of Waterstone) fall flat on his face as they tried to enter the digital age. But still, we want Daunt and his company all the best.